In this conversational, intimate look at August Wilson and the American Century Cycle, Dr. Kenneth Warren and Resident Artist Ron OJ Parson will examine how one of America’s most essential classic playwrights has been influenced by and impacted generations of Black artists. 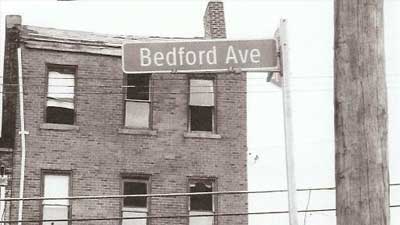 August Wilson and The Great Migration

In this session, Dr. Kenneth Warren and Professor Sandra Shannon will discuss urbanization, migration, and property ownership in Pittsburgh’s Hill District as well as various theatrical trends that surface in August Wilson’s work. Participants will also learn about how Wilson’s work was received and the way Wilson’s play tackle issues of historical representation and cultural history.

Mentioned in this session:

After purchase, you will be able to view a recording of this first session which occurred on September 8. 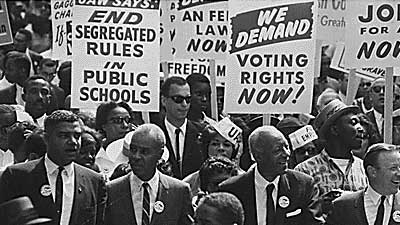 In this session, Dr. Kenneth Warren and UChicago Doctoral student Joel Rhone will discuss the protest movements of the 1960s and 1970s in relation to August Wilson’s work. Also discussed will be the representational power of the family/familial struggle in Wilson’s plays and his nostalgia for the Civil Rights Movement in the 1980s and 1990s. 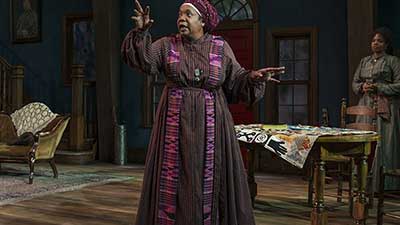 In this session, Dr. Kenneth Warren and Professor Honey Crawford will expound on Wilson’s engagement with heteronormative leadership hierarchies of the Civil Rights Movement and address the representation of slavery, genealogy, and matriarchy in the plays of August Wilson. Additional discussion will concern the performance of African American vernacular speech and other cultural traditions in Wilson’s theatre and the social changes that sparked a renewed interest in African American folk culture in the 1980s and 1990s. 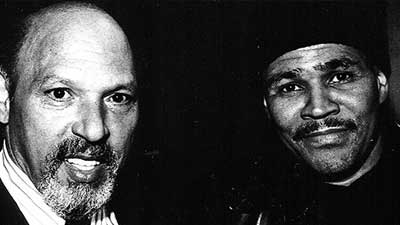 The Ground on Which I Stand

In this session, Resident Artist Ron OJ Parson and Dr. Kenneth Warren will explore Wilson’s simultaneous commitments to Western and African traditions and Wilson’s push for a “black theatre” in the speech “The Ground on Which I Stand.” Participants will also learn more about the influences on Wilson from the Black Arts/Black Power movement and contemporary artists who would identify Wilson as an influence. 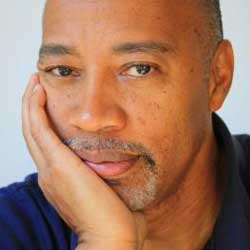 Dr. Kenneth Warren‘s scholarship and teaching focuses on American and African American literature from the late nineteenth century through the middle of the twentieth century. Professor Warren is particularly interested in the way that debates about literary form and genre articulate with discussions of political and social change. His single-authored books, which include What Was African American Literature? (Harvard 2010), So Black and Blue: Ralph Ellison and the Occasion of Criticism (Chicago, 2003), and Black and White Strangers: Race and American Literary Realism (Chicago, 1993), explore how American literature by black and white writers helped consolidate, and subsequently responded to, Jim Crow America. Professor Warren is also a coeditor of two books, Renewing Black Intellectual History: The Material and Ideological Foundations of African America Thought (Paradigm 2010) and Jim Crow, Literature, and the Legacy of Sutton E. Griggs (Georgia 2013). His articles have also appeared in Boston Review, The Los Angeles Review of Books, and Jacobin. At the University of Chicago, the various courses he teaches reflect his interest in genre, the politics of race, and the relation of culture to politics. 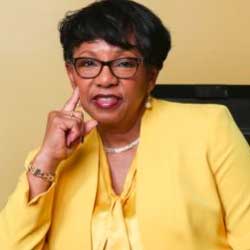 Dr. Sandra G. Shannon is Professor of African American Literature in the Department of English at Howard University. She is a leading scholar on the works of playwright August Wilson with titles such as The Dramatic Vision of August Wilson and August Wilson’s Fences: A Reference Guide to her credit. She coedited the essay collection August Wilson and Black Aesthetic and is completing her work as coeditor of the forthcoming MLA Approaches to Teaching series volume Approaches to Teaching the Plays of August Wilson. Dr. Shannon has most recently published “An Intimate Look at Lynn Nottage,” which appeared along with an in-depth interview of the playwright in the collection, Contemporary African American Women Playwrights. She is also the author of “Women Playwrights Who Cross Cultural Borders,” which appears in the 2013 edition of The Cambridge Companion to African American Theatre. Dr. Shannon is currently part of an NEH award-winning team that will produce the PBS American Masters documentary on August Wilson set to air in 2014. She was recently named a Fulbright Specialist and has since won a grant from the U. S. State Department to travel to Botswana to do archival research on the written correspondences of the country’s most influential writer, the late Bessie Head. Dr. Shannon has recently accepted the editorship of the College Language Association Journal. 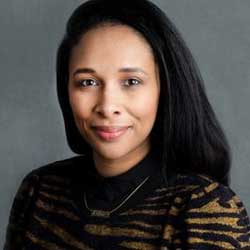 Honey Crawford’s research interests include global feminisms, critical race theory, public spectacle, and protest. She specializes in Afro Brazilian cultural performance as both a scholar and practitioner, exploring intersections between ritual performance and self-making through a repertoire that includes carnival, media activism, radical theatre, and the performance of everyday life. She earned her PhD in theatre studies from Cornell University in 2017 where she was also a New York Public Humanities Fellow.

Honey is currently developing her dissertation into her book manuscript, Negra Demais! Overwhelming Performances of Afro Brazilian Femininity. This project takes an interdisciplinary approach, positioning women-driven spectacles of black consciousness in the 20th- 21st century against prevalent discourse on the black diaspora and performance studies. Paying close attention to theatrical traditions that press against the bounds of propriety and indulge in an aesthetic of abundance, this book identifies a preoccupation with the transgressive potential held in performances of black feminine power. 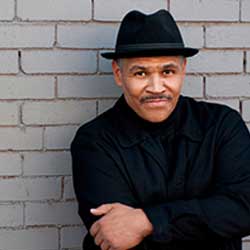 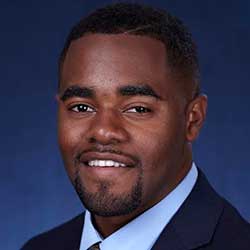 Joel Rhone is a PhD student at the University of Chicago. Joel earned his BA from Howard University in 2016, and after winning the Marshall Scholarship he received an MA from the University of Manchester in 2017. His research interests include historical fiction, diaspora studies, and Black writers in exile. More broadly, he studies the performance of solidarity in African American letters. Joel was awarded honorable mention for the Ford Foundation Predoctoral Fellowship in 2019, and serves as an admissions assistant with UChicago GRAD.

Photo of Jacqueline Williams and Tyla Abercrumbie in August Wilson’s GEM OF THE OCEAN by Michael Brosilow.

11 responses on “Theatre & Thought: The World of August Wilson and The Black Creative Voice”