Winner of the Olivier Award for Best New Play

3 Stars “‘The Mountaintop’ is well worth a climb”  -Chicago Tribune

“a beautiful and startling piece… magical, spiritual and touching”  -The Daily Telegraph

On the eve of his assassination, a weary Dr. Martin Luther King Jr. returns to his lonely hotel room in Memphis. Restless, he begins to work on his next speech when he’s suddenly interrupted by the arrival of a young hotel maid named Camae. The two strike up an unlikely conversation and as the hour grows late and Dr. King’s fate presses closer, Camae reveals that she is more than she appears. The Mountaintop offers a beautiful and powerful meditation on mortality, destiny, and the liminal space where the material meets the divine. Resident Artist Ron OJ Parson will direct this revelatory new portrayal of Dr. King. 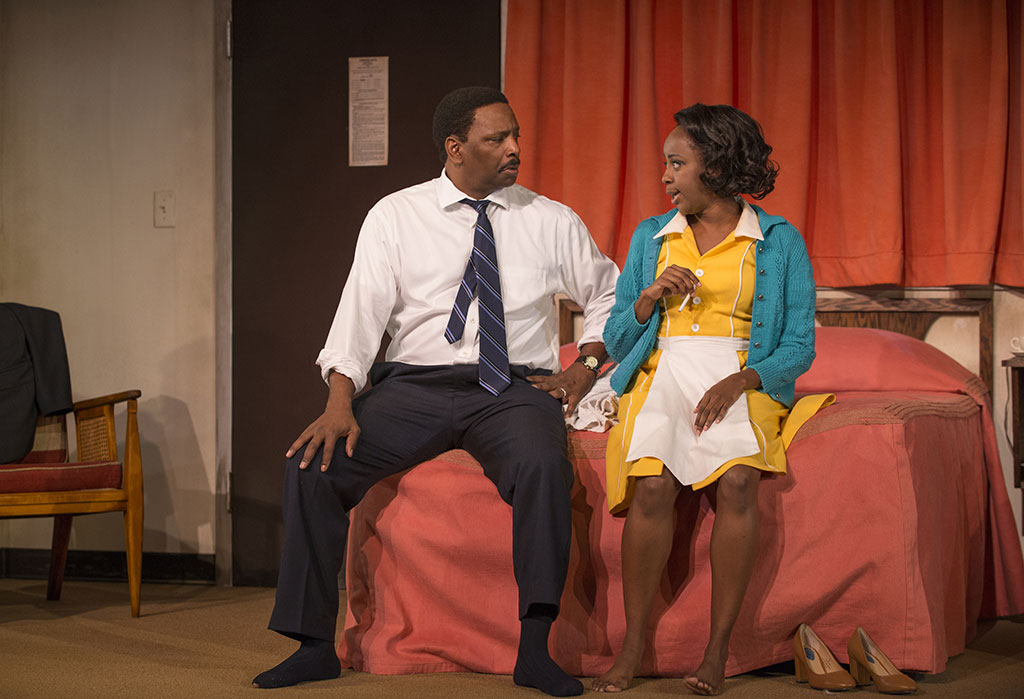