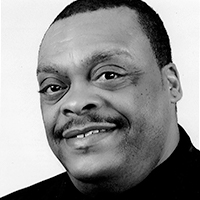 A.C. SMITH was most recently seen at Court in a reading of Thurgood and as Dr. Chumley in Harvey and Eli in Gem of the Ocean. Other shows at Court Theatre include Waiting for Godot, The Misanthrope, Tartuffe, Jitney, Invisible Man, Ma Rainey’s Black Bottom, The Piano Lesson, The First Breeze of Summer, and Fences, for which he received the prestigious Jeff Award for Lead Actor in a drama for his portrayal of Troy Maxon. A native of Chicago, Smith has performed at many theatres here including Victory Gardens, TimeLine Theatre, Writers Theatre, Steppenwolf Theatre, Goodman Theatre, The Chicago Theatre for the Performing Arts, Illinois Theatre Centre, Second City, and Chicago Shakespeare Theater. Regional theatre credits include The Ensemble Theatre of Cincinnati, Portland Stage, Geva Theatre Center, Milwaukee Rep, Actors Theatre of Louisville, and Saint Louis Black Repertory Company, where he has been a company member for the past 18 years (nine-time Woodie King, Jr. Award winner). In addition, A.C. has done film, television, radio, commercials, and voice-overs, and he has appeared in Ebony and Jet magazines. He is represented by Paonessa Talent Agency.