While the coronavirus pandemic continues to pose unique challenges to live performance, Court Theatre remains steadfast in its goal to offer intellectually rigorous artistic experiences to our patrons. As of January 12, our newly-revised season offers patrons several unprecedented ways to engage with theatrical narratives while we wait for the widespread rollout of a COVID-19 vaccine. We hope you will join us! 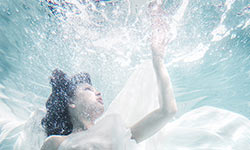 The sinking of the RMS Titanic has long been studied for its historical significance and unmistakable hubris. A survivors’ story fraught with intrigue, Owen McCafferty’s Titanic (Scenes from the British Wreck Commissioner’s Inquiry, 1912) tells the story using verbatim testimonies from witnesses of the wreck. What emerges is a startling portrait of class, chaos, and moral ambiguity. 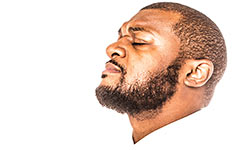 Othello, the great Venetian general, unknowingly seals his fate when he fails to select his standard-bearer, Iago, for a military promotion. When his wife, Desdemona, is implicated in an affair, Othello is faced with a series of irreversible events that spell catastrophe for him and his country.