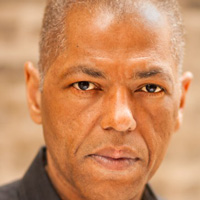 Dexter has appeared at Court in King Hedley II, Guess Who’s Coming to Dinner, Electra, Water by the Spoonful, and The Mystery Cycle: Creation and Passion. Other credits include: Charm (Northlight, Jeff Award), The Little Foxes, Dartmoor Prison, The Odyssey, Blues for an Alabama Sky, and A Christmas Carol (Goodman); To Kill a Mockingbird, A Lesson Before Dying, and Pudd’nhead Wilson (Steppenwolf); Relatively Close, Knock Me a Kiss, and The Sutherland (Victory Gardens); and The Overwhelming (Next). Regional: Blues for an Alabama Sky (Alabama Shakespeare), The Odyssey (McCarter and Seattle Repertory Theatre), Our Country’s Good (Berkeley Rep), The Recruiting Officer and Our Country’s Good (Madison Rep), Voice of Good Hope (BoarsHead Theater), and Permanent Collection (Indiana University Northwest). Television: South Side, Joe Pera Talks to you, Chicago Fire, Chicago Med, Detroit 1-8-7, and the features, The Killing of Kenneth Chamberlain and Who Gets the Dog. He is an administrator at The Theatre School at DePaul University where he received best director, best ensemble, and special jury prize nominations for his original work, Ma Fille, Ma Naturelle at the 6th annual International Theatre Festival of University Theatre in Tangier, Morocco. He is a 2011-12 recipient of the Spirit of DePaul award given by DePaul’s Office of Mission and Values.