Though fables and ancient Greek plays are usually the works people think of when hubris is mentioned, McCafferty’s Titanic (Scenes from the British Wreck Commissioner’s Inquiry, 1912) reminds audiences that hubris remains a tragic characteristic of real-life human behavior and thought no matter what century it is. Hubris has a significant presence in the legacy of Titanic. McCafferty’s creative reframing of the actual inquiry amplifies the shared, undeniably flawed humanity of those who were on the ship and those who never set foot on its boards. The ship’s creators and investors were so enthralled by the magnitude of their own creation, and the potential profit from it, that they tragically overlooked risks and necessary precautions. Branding the ship as “unsinkable” dares the hand of fate, a challenge to the tumultuous seas and their hidden perils that is reminiscent of the most prominent and painful moments of hubris in fiction. The term was used with glowing pride as monetary gain and fame eclipsed practicality in the eyes of those in charge, a phenomenon manifested in the very inventory of items on the ship—there were more than enough grand pianos but not enough lifeboats. The objects themselves represent a skewered value system, with wealth taking precedence over life.

The notable difference in numbers of those who survived when categorized by class is chilling. Although third class passengers outnumbered first and second class passengers, fewer of them survived. The working crew had the smallest percent of their numbers survive. The design of the ship and where each class was sequestered also posed questions of accessibility, as the third class passengers were placed in the more disadvantageous quarters and greeted by passageways they were not told led to escape routes. While on the ship, passengers were prioritized by class, the first and second class passengers favored with presumably better treatment and obviously better amenities. They were valued by the capacity and content of their coffers. In a perilous situation, trappings of morality were often shed as some focused primarily on their own survival even when in a position to help others. The marked class differences in survivors serves as a discomfiting microcosm that reminds generations such divisions still exist. This realization forces audiences to reevaluate the tragedy of Titanic as a looking glass into their everyday lives as they are challenged to see how current social hierarchies mirror those on the ship. 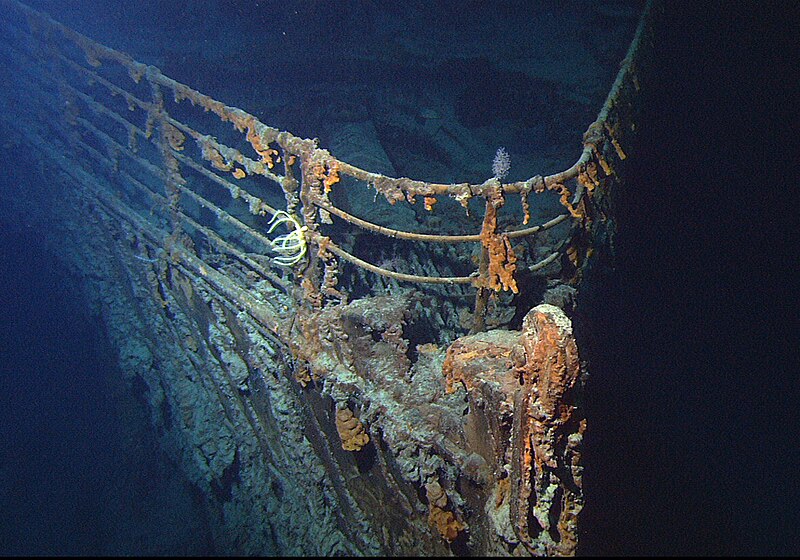 It is important to note many passengers did assist others and some sacrificed themselves in the process. People helped one another board the lifeboats and there are countless memorable stories, like those of the musicians who played onboard as the ship sank and the postal workers who refused to leave without their parcels of important messages. The events of the wreck are memorialized in public awareness because they challenge people to consider how they themselves would act in similar situations. The stories from the tragedy confront people with different aspects of their humanity, from hubris to sacrifice to fervent self-preservation. In the play, scenes from the actual British inquiry are selected, and such scenes make it evident that many of the survivors were desperate to shed the burden of recognition, adamantly framing their actions as done because of someone or something out of their control. Officers repeat that their questionable orders came from a superior official they had to obey without question, and passengers deny the questionable nature of their actions. The committee overviewing the investigation passes character judgement when they themselves could not say what they would have done in a similar situation.

Titanic poses uncomfortable questions to those who study the events surrounding it as they are left to contemplate how they would act, appraising themselves in terms of “am I more of a Duff Gordon or one of the nameless engineers who helped the ship stay afloat for an extra hour? Someone in between? Is it right to even categorize myself as such?” These questions, whether appropriate or not, never yield a truthful response until the individual is greeted with a moment that challenges them beyond their assumptions and beliefs. Only the inevitable holds the answer. Evaluating the events of Titanic in critical terms does not undermine the tragedy, instead encouraging self-reflection  of one’s own behavior when faced with the inconceivable and of how human creations often reflect the vulnerabilities and flaws of their creators.

For more information on how to stream Court’s rendition of this legendary story, visit here.