“…one of the most remarkable performances of the theatrical year… it just feels like Kane … is spilling out the contents of his mind and heart, in service of some higher duty. Acting work at this level is often marked by a palpable unselfishness, a willingness to subjugate self to character and material, and that’s exactly how it feels here. It is a masterpiece of acting — the clear high point of Kane’s career to date — that should not be missed.” –Chicago Tribune

Timothy Edward Kane returns to reprise his jaw-dropping, award-winning performance in this highly anticipated revival of Artistic Director Charles Newell’s critically acclaimed 2011 production. A one-man adaptation of Homer’s Iliad created by Lisa Peterson and Denis O’Hare (TV’s True Blood), An Iliad returns Homer’s epic poem to the voice of the lone poet as he recounts a story of human loss and folly that echoes across three millennia of war and bloodshed. An Iliad will once again illuminate this ancient classic by taking a harrowing look at the human cost of war. 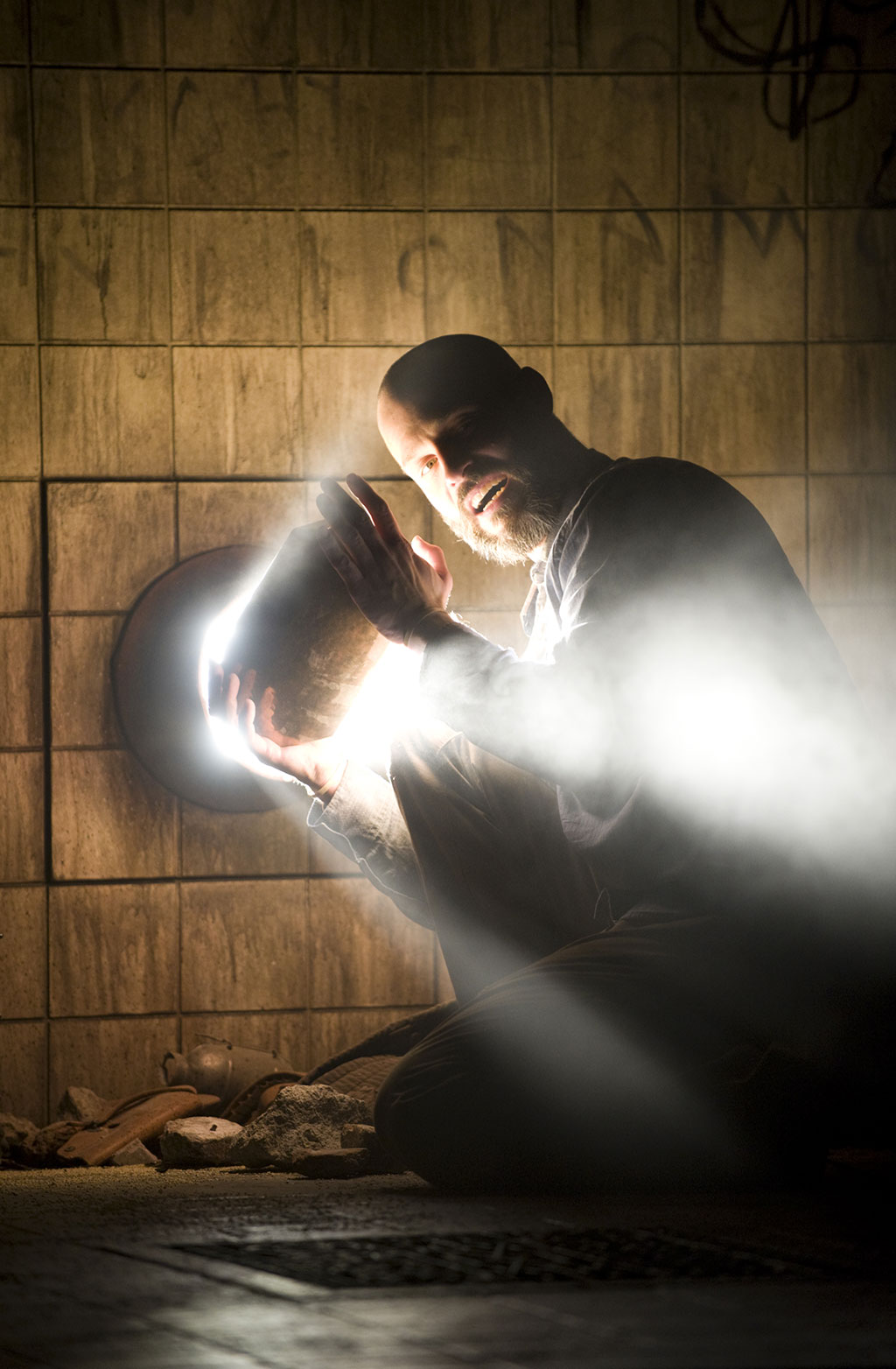