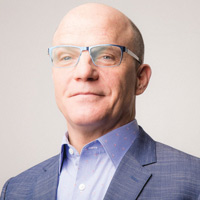 CHARLES NEWELL is the Marilyn F. Vitale Artistic Director of Court Theatre. He was awarded the SDCF Zelda Fichandler Award, “which recognizes an outstanding director or choreographer who is transforming the regional arts landscape through singular creativity and artistry in theatre.” Charlie has been Artistic Director at Court Theatre since 1994, where he has directed over 50 productions. He made his Chicago directorial debut in 1993 with The Triumph of Love, which won the Joseph Jefferson Award for Best Production. Charlie’s productions of Man of La Mancha and Caroline, or Change have also won Best Production Jeffs. Other directorial highlights at Court include The Tragedy of Othello, The Moor of Venice; Oedipus Rex; The Adventures of Augie March; All My Sons; The Hard Problem; Man in the Ring; Satchmo at the Waldorf; Agamemnon; The Secret Garden; Iphigenia in Aulis; The Misanthrope; Tartuffe; Proof; Angels in America; An Iliad; Porgy and Bess; Three Tall Women; Titus Andronicus; Arcadia; Uncle Vanya; Raisin; The Glass Menagerie; Travesties; Who’s Afraid of Virginia Woolf?; The Invention of Love; and Hamlet. Charlie has also directed at Goodman Theatre (Rock ‘n’ Roll), Guthrie Theater (The History Cycle, Cymbeline), Arena Stage, John Houseman’s The Acting Company (Staff Repertory Director), the California and Alabama Shakespeare Festivals, Juilliard, and New York University. He has served on the Board of TCG, as well as on several panels for the NEA. Opera directing credits include Marc Blitzstein’s Regina (Lyric Opera), Rigoletto (Opera Theatre of St. Louis), Don Giovanni and The Jewel Box (Chicago Opera Theater), and Carousel (Glimmerglass). Charlie was the recipient of the 1992 TCG Alan Schneider Director Award, and has been nominated for 16 Joseph Jefferson Director Awards, winning four times. In 2012, Charlie was honored by the League of Chicago Theatres with its Artistic Achievement Award.