“The great gamble that Court Theatre took in entrusting an expensive mounting of “The Iphigenia Cycle” to the whirlwind sensibilities of director JoAnne Akalaitis has paid off in spades with a riveting, exhilarating, enlivening production of these rarely performed Greek dramas.”

“This is more and better than an event; it’s a marvelous show.”

In the two halves of THE IPHIGENIA CYCLE, Euripides framed the epic saga of the Trojan War with one family’s harrowing experience of war, loss, and ultimate sacrifice. In a remarkable theatrical undertaking, Court will reunite these powerful plays as a single event.

IPHIGENIA AT AULIS begins with the Greek army stranded at the port of Aulis on the way to Troy. In return for favorable winds, the gods demand a gruesome price: Agamemnon, leader of the army, must sacrifice his eldest daughter, Iphigenia. Is it a sacrifice, or murder?

By the start of IPHIGENIA IN TAURIS, Iphigenia’s death has unleashed torrents of blood. In vengance, Agamemnon was murdered by his wife, Clytemnestra, who was then killed by her son, Orestes. Pursued by the Furies, Orestes flees to Tauris, where he is nearly sacrificed on a bloody alter before being recognized by the priestess– his sister Iphigenia, miraculously rescued by the gods. The cycle that began in pain and loss ends in triumphant reunion.

Famed director JoAnne Akalaitis, a native of Chicago and a University of Chicago alumna, will direct THE IPHIGENIA CYCLE. A founder of the experimental theater group Mabou Mines, Akalaitis was personally chosen by Joseph Papp to succeed him as artistic director of New York’s Public Theatre. With a new translation by Court’s founding director Nicolas Rudall and a team of internationally renowned designers, THE IPHIGENIA CYCLE represents a monumental convergence of theatrical talents.

Join us for an exciting celebration surrounding Court’s production of THE IPHIGENIA CYCLE. An extraordinary multi-media exploration of Greek culture, drama, and mythology — as well as sumptous Greek food — will complement each performance. One of the most uniquely moving evenings of theater becomes an unforgettable dramatic event.

This production of The Iphigenia Cycle was also presented by Off Broadway’s Theatre for a New Audience at the American Place Theatre Jan. 24-Feb. 14, 1999.

Photo of Anne Dudek and ensemble by Dan Rest. 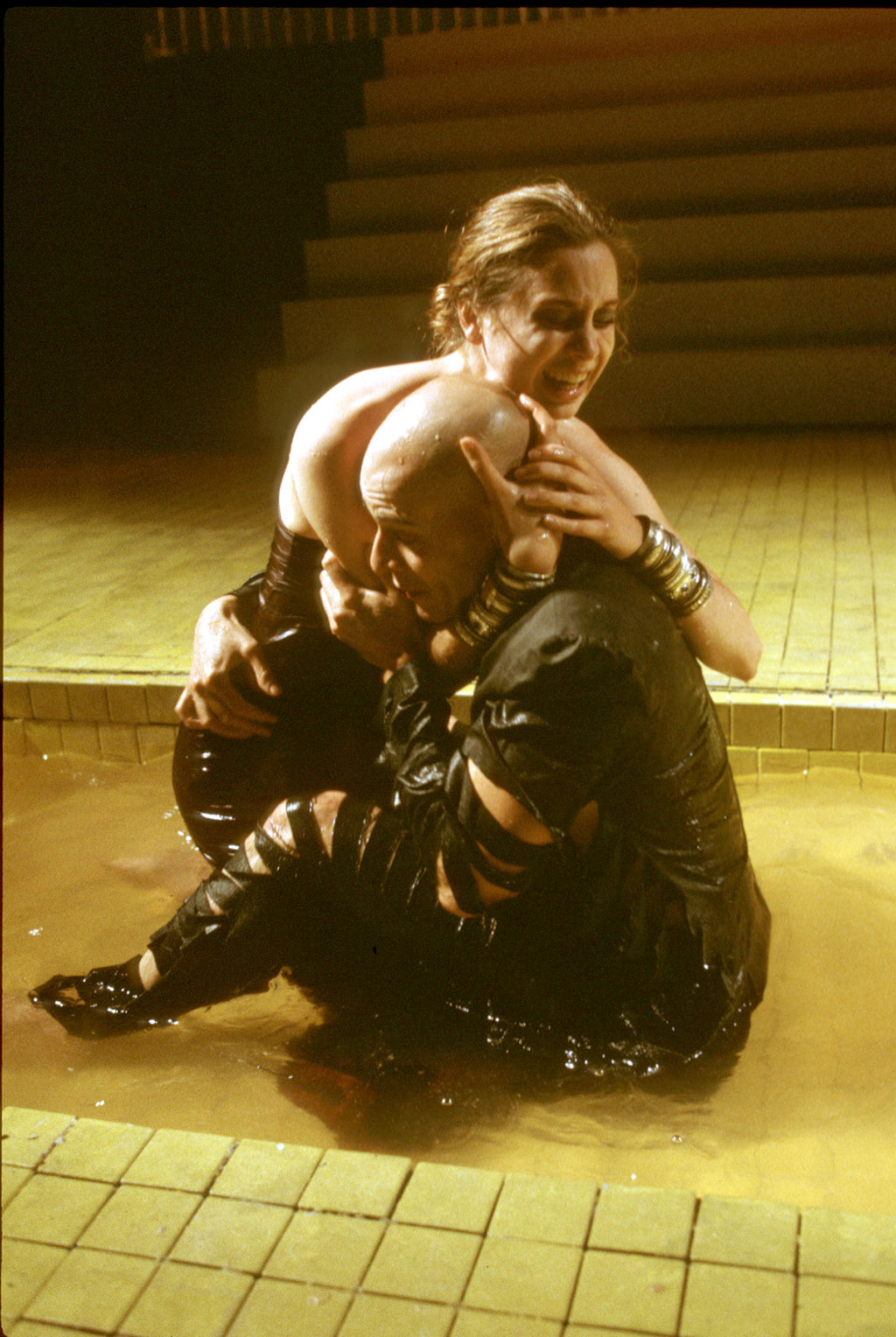