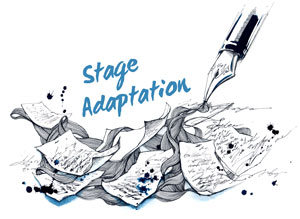 Written over two thousand years ago, OEDIPUS REX continues to be adapted and reimagined in a variety of contexts and mediums. In this blog post, the first in a series of four posts, learn more about two theatrical adaptations of Sophocles’ play, as well as how these reimagined texts address the enduring themes in this famous Greek tragedy.

As with any enduring work of literature, Oedipus Rex conjures the inevitable question: why are audiences still drawn to this age-old tale? Why does it hold such a notable place in modern culture to the extent that it is still referenced and adapted so people from all backgrounds know the term “Oedipus Complex” without reading the actual text?

This play bounds away from any label of antiquity to land squarely in the realm of revitalization and enduring relevance within modern culture. This is due to the practice of adaptation and audiences’ continued desire to explore the namesake of one of literature’s greatest tragedies. Oedipus Rex upholds its title as a frequently referenced tragedy because Oedipus is an undeniably sympathetic victim of the gods’ will. He never had a chance to avoid his assigned fate, doomed to complete the cycle without ever initially knowing he is confined to a path. Such a crushing phenomenon contributes to the play’s appeal and malleability to fit any era or audience. 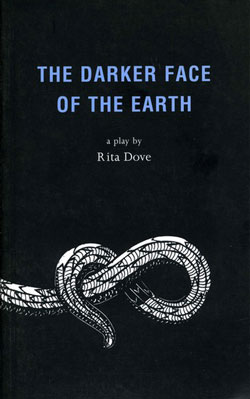 In the stage play The Darker Face of the Earth by Rita Dove, Oedipus is the son of a slave and a plantation owner’s wife. Dove’s Oedipus leads a revolt and engages in a relationship that is not only taboo because it is with his mother, but also due to its interracial aspect during the Antebellum era. Applying this contextualization to the tragedy reflects the motif of struggling against a preordained fate. It also underscores the play’s adaptability as the concept of inevitability is easily brought over to and can carry throughout any tale.

Furthermore, in Luis Alfaro’s Oedipus El Rey, the play is reimagined for the stage within the context of a prison system that targets minorities. This compelling adaptation embodies the core of Oedipus’ original struggles: trying to escape his fate while applying this broader motif to a pressing modern day issue. In Alfaro’s rendition, Oedipus is a young Chicano man caught up in the gang culture of Southern California. About to be released from prison, Oedipus hears advice from another inmate, Tiresias, who tells him to escape the barrio, move to Nevada, and get a job. The proud Oedipus dismisses him and goes to LA, where he, inevitably, kills his father and beds his mother. Notably, a promotional trailer for one production included a controversial scene where Oedipus spray paints a crown across an image of the Virgen de Guadalupe. This action exemplifies Oedipus’ fatalistic pride and his scorn for prophecy in a modern religious context as Alfaro’s Oedipus blatantly disrespects this prominent idol. The shared contempt accentuates the mistake both make in disregarding warnings and higher forces, like fate. Placing it in a prison setting emphasizes the inability of every version of Oedipus to escape from a system or prophecy as all are imprisoned by inescapable destiny. 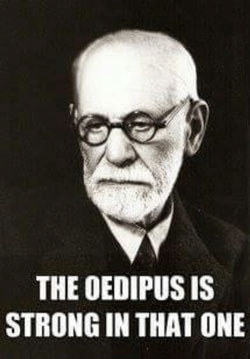 A contributing factor to the play’s longevity arises from Sigmund Freud’s analysis and application of the play to psychological interpretation. Why did he use literary characters to defend his claim? And why do we not only acknowledge, but value, his work if he based it off imaginary creations? These creations embody and reflect the human psyche, since literature and theatre act as vehicles to examine the human condition. Freud, recognizing this power, utilized a renowned medium through which a near universal audience could contextualize and understand his theories. In turn, Freud lent renewed life to the play as an enduring cultural and psychological reference.

Although the message of Oedipus Rex may seem familiar to audiences before they even step foot into a theatre, viewers still return to watch the unraveling of a once lauded hero. As with any culturally significant work, there are underlying layers of complexity to the tragedy. Why does Oedipus scorn a divine prophet but believe Apollo’s words? Why does Jocasta dismiss Oedipus’ concerns about the prophecy, particularly the part about bedding his mother (as she says every man dreams of doing so), yet kills herself when discovering the truth? Is Creon truly guileless? What is the meaning behind the Chorus? Not only does the relevance of these thematic elements ensure the play remains a cultural fixture, but the opportunity to analyze the tragedy from different angles also enraptures audiences. Rereading the play from the perspectives of the Chorus, Jocasta, and even characters like the Shepherd or figures like Apollo who never actually materialize on stage, presents new dimensions to the tragedy, revitalizing it within different contexts and viewpoints. Adaptation is a method by which works are reexamined through a modern perspective and reapplied to the endeavor of understanding an individual’s place in the world. As such, Oedipus lives on, not only on stage, but via multiple mediums that further perpetuate the play’s legacy.