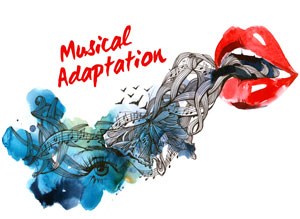 Written over two thousand years ago, OEDIPUS REX continues to be adapted and reimagined in a variety of contexts and mediums. In this blog post, the second in a series of four posts, learn more about musical adaptations of Sophocles’ play, as well as how these reimagined approaches address the enduring themes in this famous Greek tragedy.

Oedipus is not just a hero for traditional stage adaptations; he also appears in musical comedies and operatic works. From Igor Stravinsky to Tom Lehrer, Oedipus is often alluded to in musical productions as a figure of either ridicule or devastation.

In Oedipus! A New Musical Comedy by Bob Johnson, Anne Louraine Fliotsos, Edwin Wald, and Cynthia Jay, the tale is transposed to rural West Virginia. Upon discovering the fulfillment of a midwife’s prophecy, Oedipus (“Eddie”) and Jocasta (“Jo”) sell their sensational story to tabloids for money and fame. The comedy often disregards the complexity of Oedipus, reducing him and his family into an exaggerated caricature of a crude Southern family that embraces folly as something to profit from instead of scorn. The level of retrospection innate to the play is significantly reduced, so there is more on-stage action to complement the musical’s more energetic and wry approach. Yet, in departing from the original tone and its myriad complexities, the musical adaptation recontextualizes Oedipus in a modern setting and remarks on both social stereotypes and economic systems in the process.

Similarly, Oedipus ROX! features a 1980s rocker Oedipus, complete with dramatic eyeliner and glittery apparel. This self-aware comedic approach appeals both to audiences acquainted with the play and those who only know of the infamous Oedipus Complex so all can identify the satire and engage with the adaptation. The habit of exaggerating Oedipus Rex for comedic purposes ensures Oedipus remains a readily identifiable cultural fixture, as these songs act as creative vehicles that immortalize his legacy and imprint his spirit into a more colloquial cultural context. 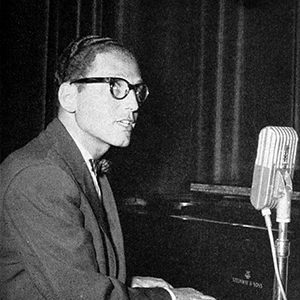 Furthermore, in this tradition of satirizing tragedy to revitalize it for new audiences, Tom Lehrer, an American musician, created an energetic ragtime theme song for the tragic character. Mildly misrepresenting the actual play by characterizing Oedipus as “a monarch most unfit,” Lehrer undermines the fact that the ruler did care for his kingdom. In his attempt to find a cure for the plague killing his people, he ends up learning of his own folly and securing his tragic fate. Lehrer inevitably focuses on the more taboo and often referenced aspect of the play: the dynamic between Jocasta and her son-turned-lover. He mocks this relationship and pokes fun at the true tragedy behind it.

Similarly, in Oedipus Tex, a comedy music album/dramatic oratorio by Peter Schickele, the play is re-adapted into humorous songs that reimagine Oedipus as an average Texan man who falls into the same preordained doom as the original. However, the condensed story, set up as chronological titles on the album, is presented with a casual sense of comedic realism. One example of this is when, after blinding himself with Jocasta’s (“Billie Jo’s”) “rhinestone barrettes,” he immediately “kind of wished he hadn’t”. The last song even claims the story’s moral is “you will be filled with great remorse / If you give your mom the love you should be saving for your horse”. This wry fixation on Jocasta and Oedipus’ relationship, reinforced by Freud’s famous interpretation, completely dominates comedic portrayals to ensure Oedipus is often the target of countless “Greek tragedy” jokes. This phenomenon guarantees that modern audiences often enter the play with a preconceived notion of the relationship. However, they soon discover the true tragedy behind it as both parties are unwitting victims of a greater force they had no chance of successfully defying. Despite its tendency to caricaturize him, comedic music still serves as a vehicle through which Oedipus infiltrates and dominates modern culture. 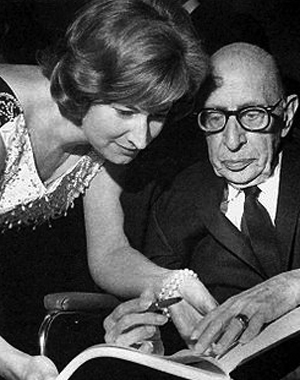 Ursula Boese (Jocaste) and Igor Stravinsky at the Premiere of “Oedipus Rex” in the Mailänder Scala, 1963.

On the other end of the musical adaptation spectrum, the play has been adapted into somber and soaring operatic performances. Igor Stravinsky’s “opera-oratorio” of the play is considered to be among his best work, amazing audiences as recently as 2016 in a London production. Stravinsky wanted to create an ageless piece of music that focussed on the dramatic essence of a play’s core, so he chose Oedipus Rex due to its fame as one of the greatest tragedies. Stravinsky enlisted the help of Jean Cocteau and Abbe Jean Danielou to translate the text into French and, subsequently, Latin, because Stravinsky wanted the language to reinforce a sense of severe dramatism in the performance. The “opera-oratorio” solemnly follows the original text’s plot. The complete difference in tone of Oedipus Rex musical adaptations reflects how and why it continues to capture the minds of modern day audiences. Having his name and story appear in catchy rhythms, along with respected musical productions, makes his legacy remain in the audiences’ minds even more. In turn, his legacy is elevated despite any jokes made at his expense. The play is featured within so many diverse creative spheres that it has become a deeply ingrained point of cultural connection, as it continues to be readily identifiable and adaptable.