“The extremes to which men will go to consolidate power and exact revenge know no bounds. This is an old story, of course, but ever timely. And it is the tale now being told to blood-curdling effect at Court Theatre by way of ‘Thyestes’ … it has now been sublimely “translated” by Britain’s uniquely modern Caryl Churchill, and feverishly staged by JoAnne Akalaitis, a master of modern grand guignol ritual.” -Sun-times

“…Akalaitis gets a strange kind of brutal normalcy out of Weber, an actor who usually reads as a really nice, slightly goofy guy, and all kinds of pent-up pain out of Krag. Baker, who plays a man in horrible torment, is barely recognizable. In the small chorus, the relentless Elizabeth Laidlaw drives on this horrible story with more pain in 75 minutes than a messed-up root canal.” -Chicago Tribune

Two of the most exciting and innovative female artists of our time will join forces in a ground-breaking and canon expanding examination of vengeful brutality. Seneca’s monumental tragedy depicts feuding brothers doomed by arrogance and an unbridled desire for revenge that echoes through the centuries. Penned in the shadow of a jealous Caligula, the work of this eloquent philosopher-poet and tutor to Nero is revived by Churchill’s taut, gripping verse and Akalaitis’ bold style. In a year when the world shudders yet again at the brutality spawned by man’s rage, audiences will understand why Seneca’s sometimes overlooked tale of Atreus and Thyestes inspired the greatest playwrights of every age. 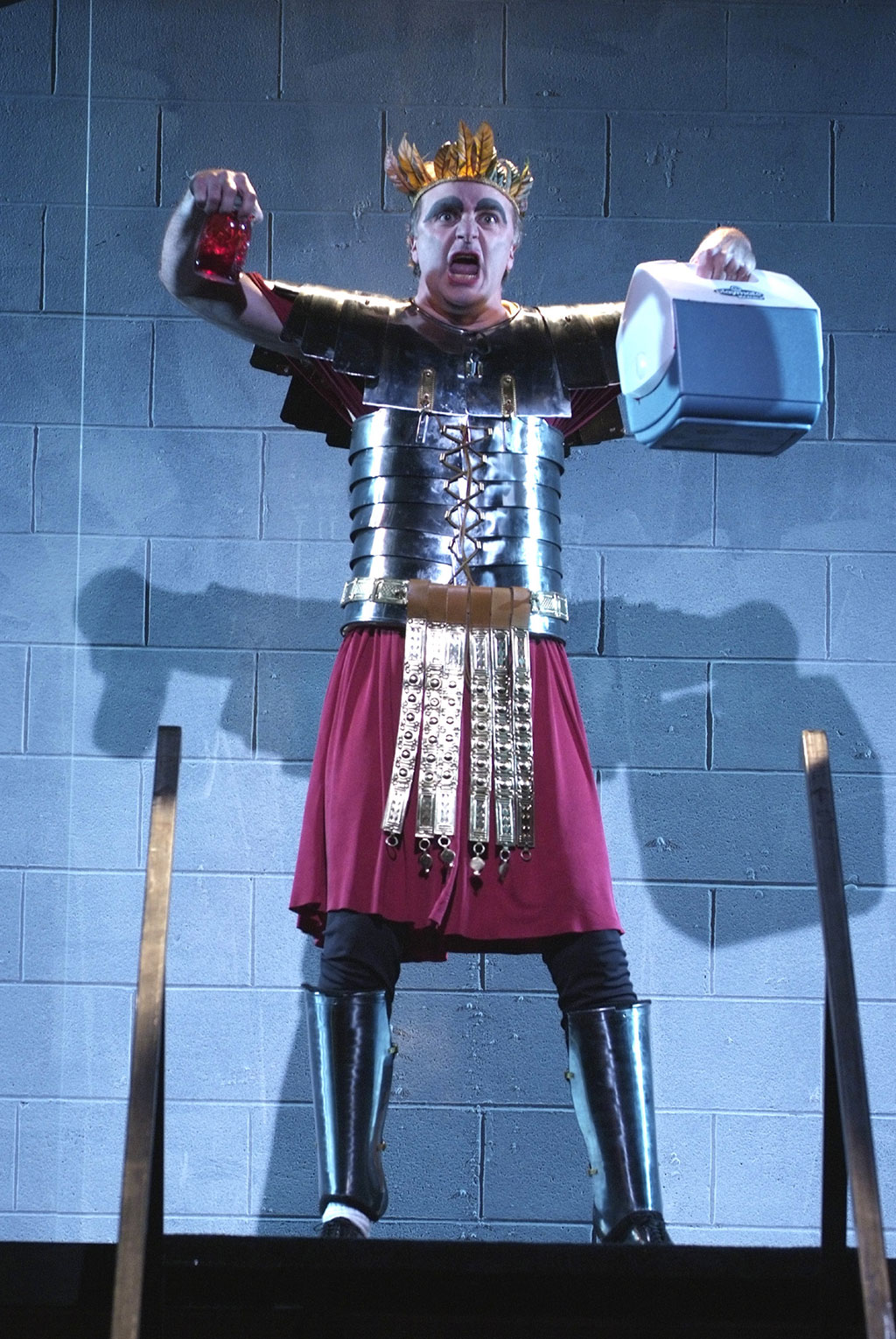