“To make the classic contemporary, Akalaitis sometimes overreaches, but always in a striking manner…  Akalaitis gets stunning performances from Jenny Bacon as the proud, manic, pill-popping Mary and Barbara E. Robertson as the beleaguered, lonely Virgin Queen Elizabeth, jealous of Mary’s beauty and her power over men.” -Chicago Tribune

Court is pleased to produce this fascinating play based on one of history’s most intriguing political dramas. Schiller re-imagines the deadly struggle between the powerful Queen Elizabeth I and the sensual Mary Stuart, deposed Queen of Scots. Schiller’s exploration of each queen’s rightful claim to the English crown takes place during Mary Stuart’s last days. Elizabeth has tried to keep Mary alive during her 18-year imprisonment, but finds herself torn between family loyalty and the political necessity of removing a rival. 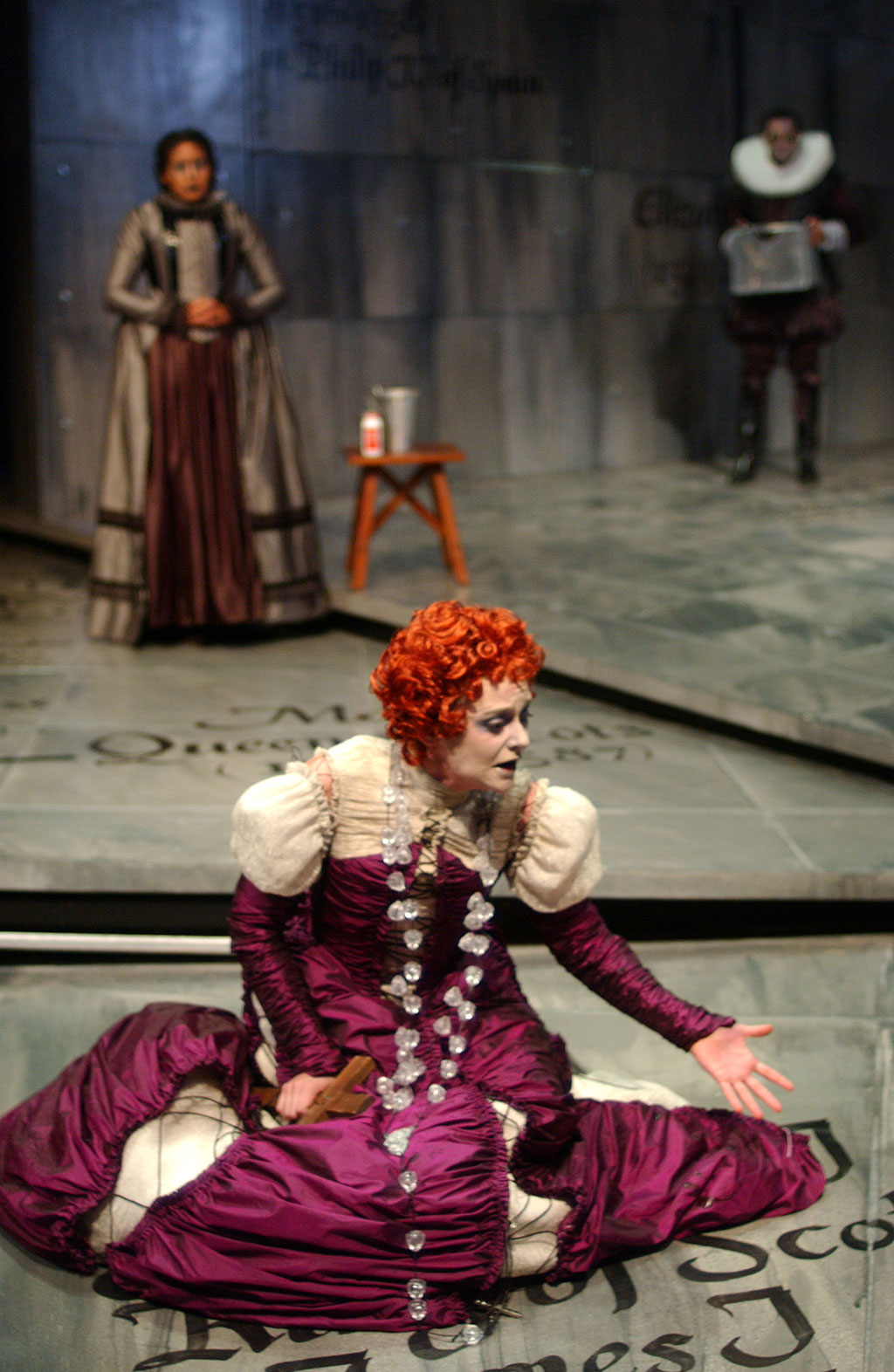