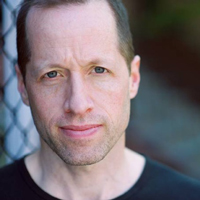 TIM HOPPER makes his Court Theatre debut in Guess Who’s Coming to Dinner. He is an ensemble member at Steppenwolf, where he last appeared in Linda Vista. He also performed the title role in Uncle Vanya at Goodman Theatre. Television credits include Empire, The Exorcist, Chicago Fire, The Americans, and others. Films include The Pages, Consumed, School of Rock, and To Die For, among others.