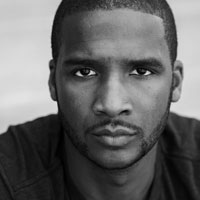 JEROD HAYNES was born and raised on Chicago’s South Side and worked with Court Theatre in Gem of the Ocean and as Bigger in Court and American Blues Theater’s production of Native Son. He also played Canewell in Court’s production of August Wilson’s Seven Guitars (2014, directed by Ron OJ Parson). He was recently seen as Jay (Jack Johnson) in ATC’s Chicago debut of The Royale (2015). He was in TimeLine Theatre’s production of A Raisin in the Sun (2013, directed by Ron OJ Parson), in which he performed 100 shows as Walter Lee. Other theatre credits include Columbinus (2013) at ATC Theater. He also portrayed the role of Tom Robinson in Milwaukee Repertory Theater’s production of To Kill a Mockingbird (2012). Other theatre credits include appearances at Chicago’s eta Creative Arts in their productions of Contribution and Greensboro 4: Downpayment on Manhood. Film/TV: Southside With You (2016), Empire (FOX, 2015), Sense8 (Netflix, 2015), Consumed (2015), Betrayal (ABC), The Mob Doctor (Fox), and Crisis (NBC). Jerod spent time in the UK, where he studied at the British American Drama Academy (BADA). He also finished the entire training program at the Acting Studio Chicago. Jerod thanks God, his family, and dedicates his work to his daughter, Jalaiya.