In many depictions of the events surrounding RMS Titanic, the people shown are white and many assume there was nobody of color on the ship. The story of the sole black passenger and his family has been brought to light as an overlooked Titanic reality in the past few years. 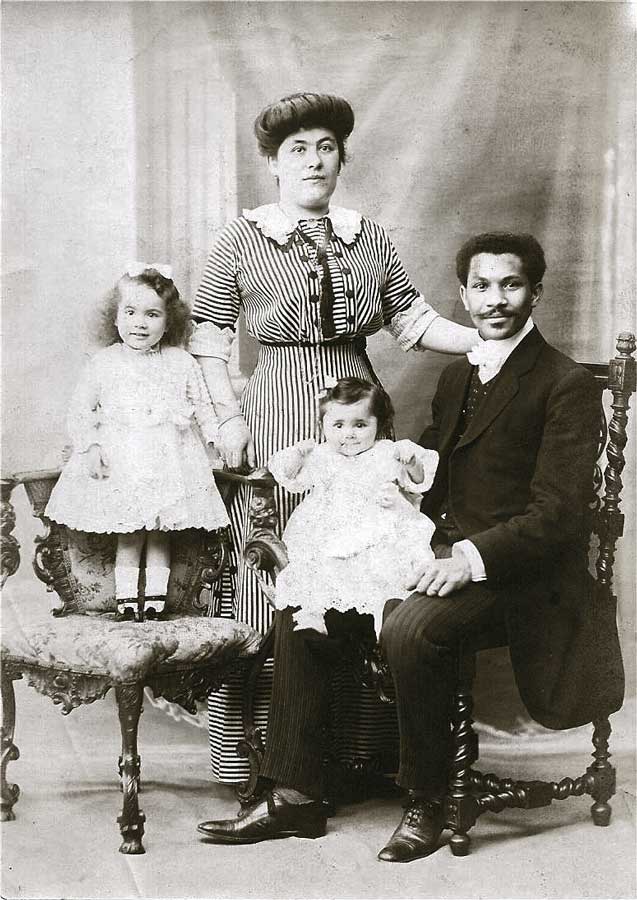 Joseph Philippe Lemercier Laroche was born in 1886 in Haiti. At the age of 15, he went to France to study engineering. He spoke French, Creole, and English fluently. After obtaining a degree in engineering, he married Juliette Lafargue, a white French woman with whom he was fast friends when they first met through a mentor. Due to rampant racial discrimination, he had difficulty finding a job despite his qualifications. When he did get jobs, he received poor pay from racist employers. He decided to look outside of France for new opportunities to support his two young daughters and his pregnant wife. The couple decided they would move to Haiti, where Laroche’s uncle, Cincinnatus Leconte, was the President of Haiti and who promised he would appoint his nephew to a professorship in mathematics.

Tickets were bought to board a ship called La France to journey to Haiti. However, due to the ship’s policy on separating parents and children, the couple decided to instead trade their first-class tickets for second-class tickets on RMS Titanic so that they could stay with their daughters, one of whom often fell sick. From New York, Titanic’s destination, they planned to take another ship to Haiti. However, the fateful night/early morning of April 15, 1912 struck. Juliette and one of her daughters, Simonne, managed to get on a lifeboat. Laroche’s last known actions are rushing to make sure his second daughter, Louise, was placed on the same lifeboat as her mother and sister. After ensuring his family was in a lifeboat, he promised his wife they would see each other soon. His body was never recovered; he was 25 years old when he died.

Juliette Lafargue, a new widow, pregnant, with her two young daughters at her side, was left alone in New York after the RMS Carpathia picked up Titanic survivors and transported them there. She did not speak English and had no money as it drowned with her husband. After spending a difficult 3 weeks in the city, she finally began her journey back to France on a ship.

Months later, Juliette gave birth to a son, who she named Joseph after his father. She never healed from the trauma of her husband’s death and her experience as the ship sank. She disliked telling the story of her survival and instructed her children to never speak of the event or of their father. She managed the lives of her daughters, never letting them out of her sight until the moment of her death.

The tragic story of Joseph Laroche broadens the narrative of Titanic and speaks to inequities in the Black experience. Laroche boarded the ship in search of new opportunities as he could find none due to racial discrimination in France. These social factors at work against him forced him to look abroad and displaced him from the country he had found and built a family in. Many survivors never mentioned the presence of a black man and his family aboard. His story has been overlooked for decades, and only with determined historical research has it become more known. It is vital to recognize the story and presence of Joseph Laroche on the legendary ship as it challenges assumptions around the passengers and deepens previously nonexistent conversations about race with regard to RMS Titanic. His story must not be overlooked any longer.