The public’s fascination with the murder mystery genre has found numerous outlets over the years, including murder mystery games. From card and board games to live-action roleplay, there are dozens of ways for mystery-lovers to take their sleuthing to the next level. Learn more about the history of these games below.

Often considered the primary predecessor to modern murder mystery games, the game The Jury Box went on to have a successful run as a parlor activity in 1930s North America. The players act as the jury and must decide who to convict based off of evidence presented to them by one other player, the District Attorney. The game came with pre-written stories, fake crime scene photographs, and an envelope with the identity of the true criminal for each investigation. 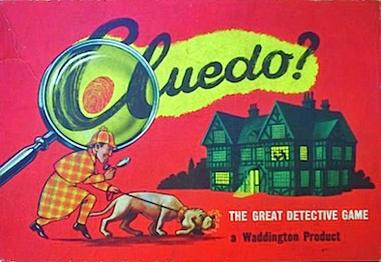 The more well-known game Clue, also known as Cluedo (-ludo is Latin for “I play”), was released in 1948 (UK) and 1949 (US) as the first murder mystery boardgame. The creator of the game, Anthony Pratt, first came up with the idea as a recreational pastime when waiting for the air raids of WWII in the UK to end. He allegedly took his inspiration in part from Agatha Christie’s works. The game went on to inspire a 1985 movie starring Tim Curry, a 1990 televised game show series, and the 1995 interactive musical entitled Clue: The Musical.

Consumer love for murder mystery games has continued into the digital age, with multiple online games and apps taking inspiration from the genre. In 2015, Anatomy of a Murder (not to be confused with the film of the same name) was the first free-to-play online murder mystery game to be released with a cash first place prize of AU$100,000. The British games studio CluedUpp also creates games that serve as a connection between virtual and live interactive experiences as players use apps to assemble a team of detectives and plot out their destinations as they investigate a fake murder by journeying across cities and interviewing other players. The game has been hosted in over 25 countries to date.

Furthermore, interactive murder mystery dinner parties continue to be hosted around the world, from small gatherings amongst friends to immersive dinner shows. The games are set in a variety of different time periods and settings, from luxurious mansions in the Roaring 20s to countryside manors in the 1940s to modern-day Italian restaurants. 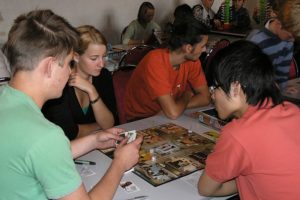 In the face of such enthusiasm and voracity for these events, the question arises: why are people so drawn to this genre and all of its manifestations? The participatory element of these live immersive experiences draws audiences further into the intrigue that is inherent within the genre. Even though some critics argue that the traditional hallmarks of the genre are overdone after years of people rushing to consume more and more (and creators readily providing), each rendition breathes new life into the genre. Murder mystery stories remain viable and thrilling entertainment options that excite viewers and participants. The process of deciphering clues engages audiences while characters and viewers join together to employ the might of the human mind to solve a mystery. The restoration of order within a fictional world where justice is not flawed also provides audiences with satisfaction after a long journey of discovery. Acting out these plot lines is an entertaining method to further engage with the material and interact with a broader community that shares similar enthusiasm for the genre.

Did all this talk of games leave you eager to play detective? Buy tickets to our upcoming production of Agatha Christie’s The Mousetrap and see if you can solve the case!