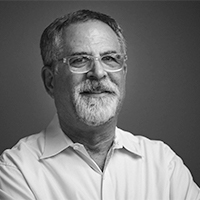 “I will leave behind rich memories of productions and performances that I will never forget.” -Stephen J. Albert

Court Theatre announces that Stephen J. Albert will step down as Executive Director after more than eight years with the company. He will remain at Court until the beginning of the 2018-2019 season as the University and Court Theatre initiate a national search for a successor.

Albert began his relationship with Court Theatre in January 2010 and became the Executive Director in August 2010. During his tenure, the company has opened the Center for Classic Theatre, a unique model for how a professional theatre can reside at a major research University; added world premieres of new adaptations to its artistic agenda, grown the annual budget by 50 percent, secured an off-site production center, expanded community engagement, and renewed the Court’s Board of Trustees. This has also been a robust period of artistic achievement led by Charles Newell, the Marilyn F. Vitale Artistic Director, and Resident Artist Ron OJ Parson.

Board Chairman Timothy Bryant comments, “Court’s Board of Trustees has valued the strategic overview that Steve has provided.  He has kept us engaged, focused and on target. The progress that Court has made during his tenure reflects his leadership as well as his willingness to stay out of the spotlight while also moving Court forward.”

Daniel Diermeier, the Provost of the University of Chicago said, “Steve has been an important partner in supporting the artistic work of the Court Theatre and expanding its reach at the University, across the city and beyond. His leadership was essential in creating new intersections between scholarship and artistry at the Center for Classic Theatre and guiding such important projects as Chicago’s Harlem Renaissance Celebration and the staging of Iphigenia in Aulis in Los Angeles at The Getty Museum.”

Charles Newell, the Marilyn F. Vitale Artistic Director adds, “Steve has been a gifted and visionary creative partner whose work has transformed Court Theatre as an institution and myself as an artist. During our eight intensely productive years together, we have achieved many long-held aspirations. Steve’s strategic thinking has been powerful and bold, and his fundraising abilities nothing short of spectacular.  His tireless dedication to Court’s mission, and to our shared belief in theatre’s ability to change the world, will be greatly missed.”

Stephen J. Albert comments, “I am very proud with what Charlie, the Court’s staff and board and the University, working together have achieved at Court Theatre over the past years. There is a generational transfer in leadership taking place in theatres across the country and this is my time. I have been focusing on this timeframe for a couple of years and it is the right time for me to leave Court and return to my company, Albert Hall & Associates. I will leave behind rich memories of productions and performances that I will never forget. I am grateful for the trust that Charlie placed in me, to the Court’s Board of Trustees who accepted my leadership and finally, to the University of Chicago for their support.”