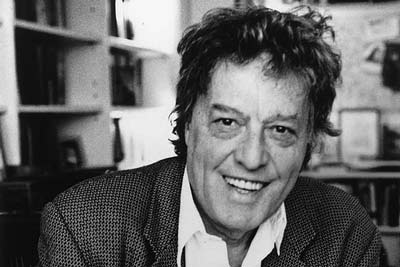 Do you think science will ever find the magic key to consciousness?

If the key is a matter of “science,” then undoubtedly the mystery will one day be explained scientifically—as most scientists expect.

We understand you originally set out to write two plays, one investigating consciousness and one exploring the 2008 financial crisis. What inspired you to join those stories together?

I was interested in both subjects for a long time and thought there must be a play in either one before I began to see that behavioural psychology was a place where there might be a little overlap. The subject is really the possibility of altruism, which, to Hilary, would entail something that couldn’t be captured by reductionism.

Can you imagine a world where altruism doesn’t exist? In other words, what would happen if human nature really was purely egoistic, as Spike imagines it to be?

I think most scientists believe that “a world where altruism doesn’t exist” is indeed the world we live in, in that so-called altruistic behaviour is in all cases egoistic, i.e. behaviour evolved at the gene level to be ultimately self-serving, not selfless. Whether the root of altruistic behaviour is mind or body—or whether or not mind is body—has no bearing on the consequences of the behaviour. It has bearing on the question of what it means to be human.

Do you identify with Hilary?

I don’t identify with her but I can empathise with her more easily than with Spike.