“Timothy Edward Kane, the remarkable actor who gave such a galvanic solo performance in Court’s production of ‘An Iliad’ … is now back full-blast in radically different, fully comic form”  –Sun-Times

Despite an abundance of sausage rolls, Pauline and Alan’s engagement party has gone horribly awry! Pauline’s deceased shows up in the form of his twin sister Rachel, who is posing as her own dead brother Roscoe, who was killed by Rachel’s lover Stanley, who needs the money to flee to Australia! As confusion reaches a fever pitch, Rachel’s bumbling bodyguard Francis takes advantage of the chaos with an ambitious plan to line his pockets. One man, two jobs—how hard could it be? Set in 1963 in Brighton and delightfully underscored by a live skiffle band, this hilarious play transforms Goldoni’s 18th century classic Servant of Two Masters into modern comedy rife with satire and slapstick. 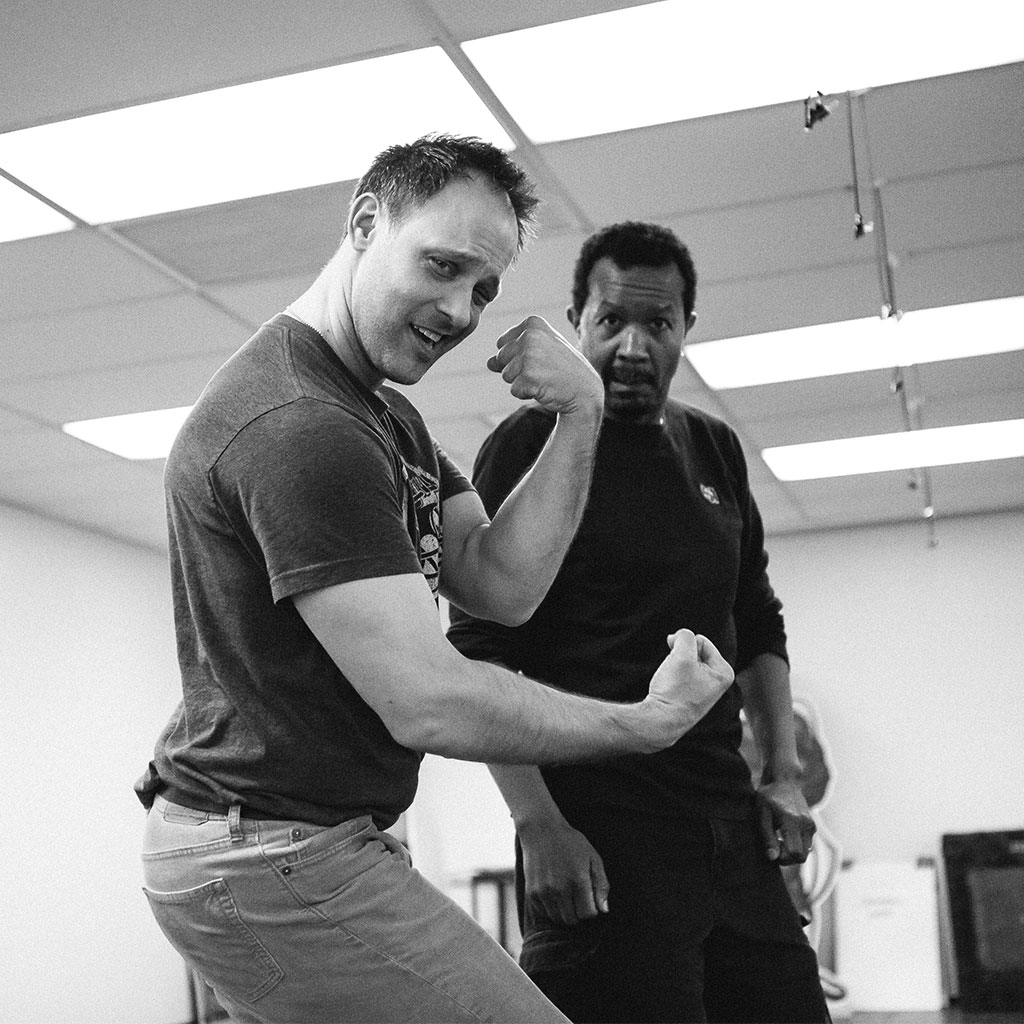