“The funniest upholstery of the season has been found: a black and white damask that keeps popping up in ‘The Mystery of Irma Vep,’ to increasingly riotous effect. And when even the cloth is hilarious, you know that something is going right.” -Centerstage

Two actors take on innumerable dramatis personae in Ludlum’s high-camp quick-change act. The Mystery of Irma Vep satirizes all that is ridiculous in Gothic horror, Victorian melodrama, classic film, and conventional theatre–and it’s also a contender for the funniest American play of the last quarter-century.

Photo of Erik Hellman and Chris Sullivan by Michael Brosilow. 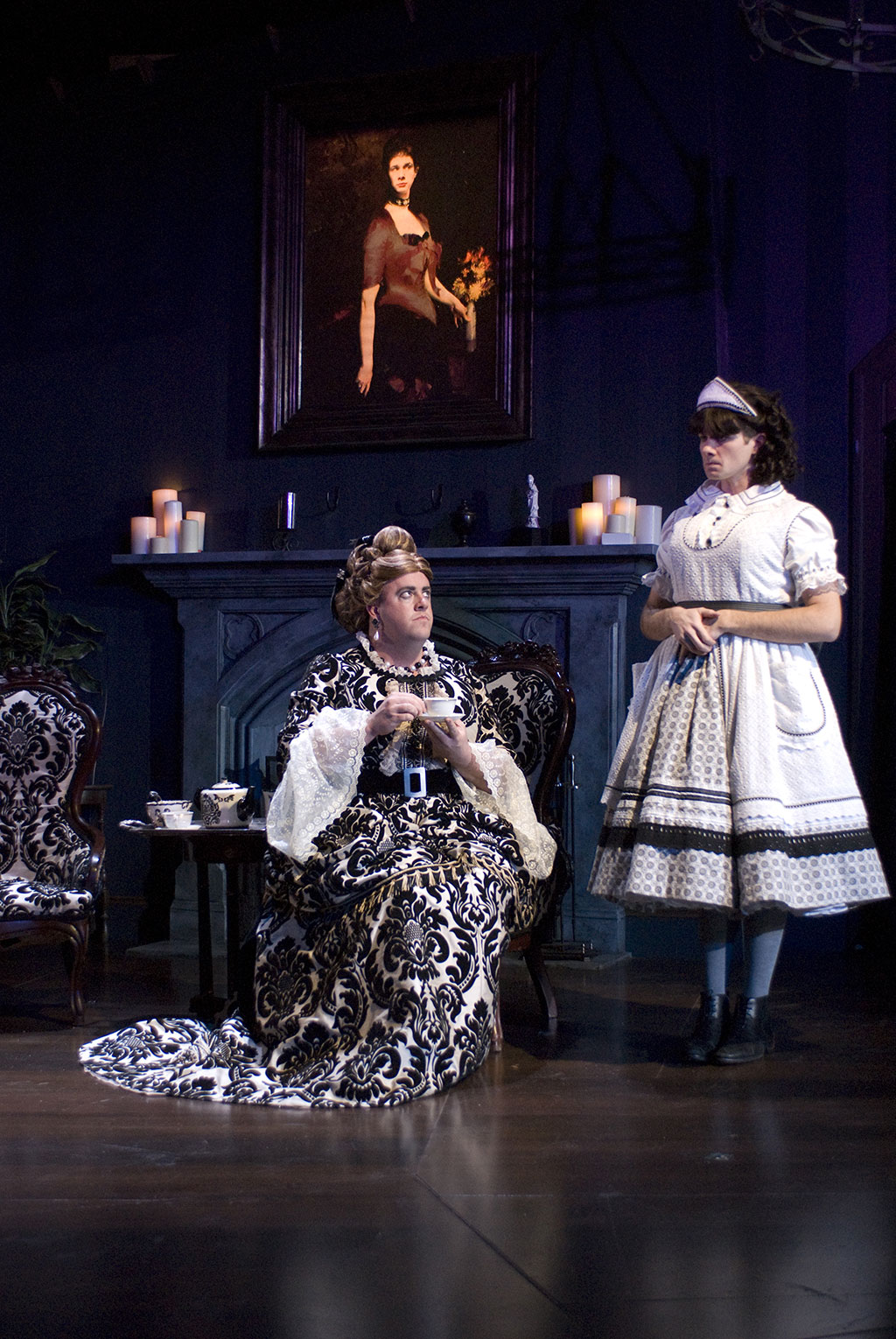