“a famous milestone in English drama … a daring, droll and quite revolutionary piece of work … fits right into the Court aesthetic … Mechelle Moe has you in stitches in the first five minutes … one of the best comedic performances of the year.” -Chicago Tribune

“the last 20 minutes might be the most dangerous and inventive on a Chicago stage this year … warrants our attention and admiration.” -Time Out

“Court Theatre’s much-admired professional ensemble … fires off razor-sharp one- and two-liners … the crowd laughed itself silly.” -The Wall Street Journal

Wild, risqué, and ferociously playful, Joe Orton’s classic farce has become one of the seminal works of modern comedy. When a psychiatrist invents a series of increasingly outrageous lies to cover up his attempts to seduce his young secretary, all manner of pandemonium breaks out in the ward. A state inspector, philandering wife, bellboys, policemen, and some missing bits from a statue of Sir Winston Churchill are caught up in the hilarious mix, creating a gleefully hysterical comedy of circumstance. Chicago’s own rising star Sean Graney will direct, making his Court Theatre debut. 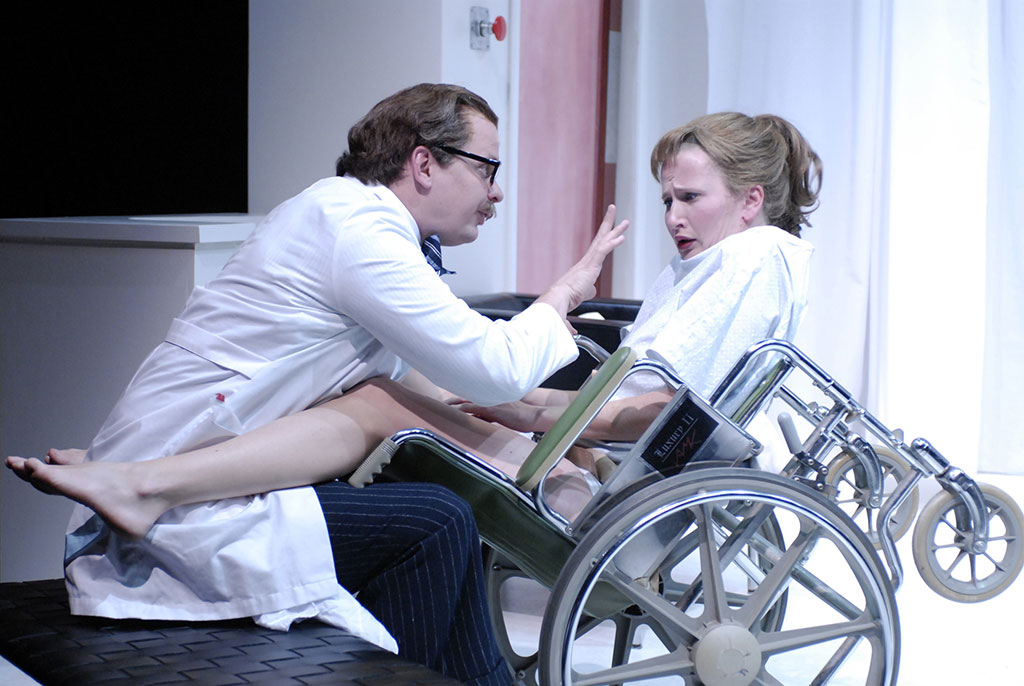