“Shaffer’s play has great heart and wit and intelligence, as does this production.” -Sun-Times

“Director Lucy Smith Conroy clearly loves every minute of the supple script … John Judd has a wickedly funny cameo as a buttoned-down barrister who, inspired by these two, erupts into histrionic abandon. Not settling for a “mere” character comedy, Shaffer celebrates the collaborative side of nonconformity.” -Reader

“Director Lucy Smith Conroy guides an excellent cast with exquisite timing through a sure-fire audience pleaser. There’s enough poignancy in Lettice and Lovage to keep sentimentalists happy, and enough twisted humor to make cynics buy in, too. The production marks an emphatic exclamation point to the close of one of Court’s strongest seasons in recent memory.” -Windy City Times

Lettice Douffet, an expert on medieval cuisine and weaponry, is a tour guide of Fustian House, the most boring stately home in Britain—until she begins to embellish her tours, which become more interesting as they stray further from the facts. Charlotte Schoen, sent by the Preservation Trust to investigate, is not amused and fires her. But Charlotte’s passion for history draws her to Lettice’s romantic world-view and the two women forge an unlikely friendship in the face of their dreary modern lives. This charming and hilarious British comedy won two 1990 Tony awards. 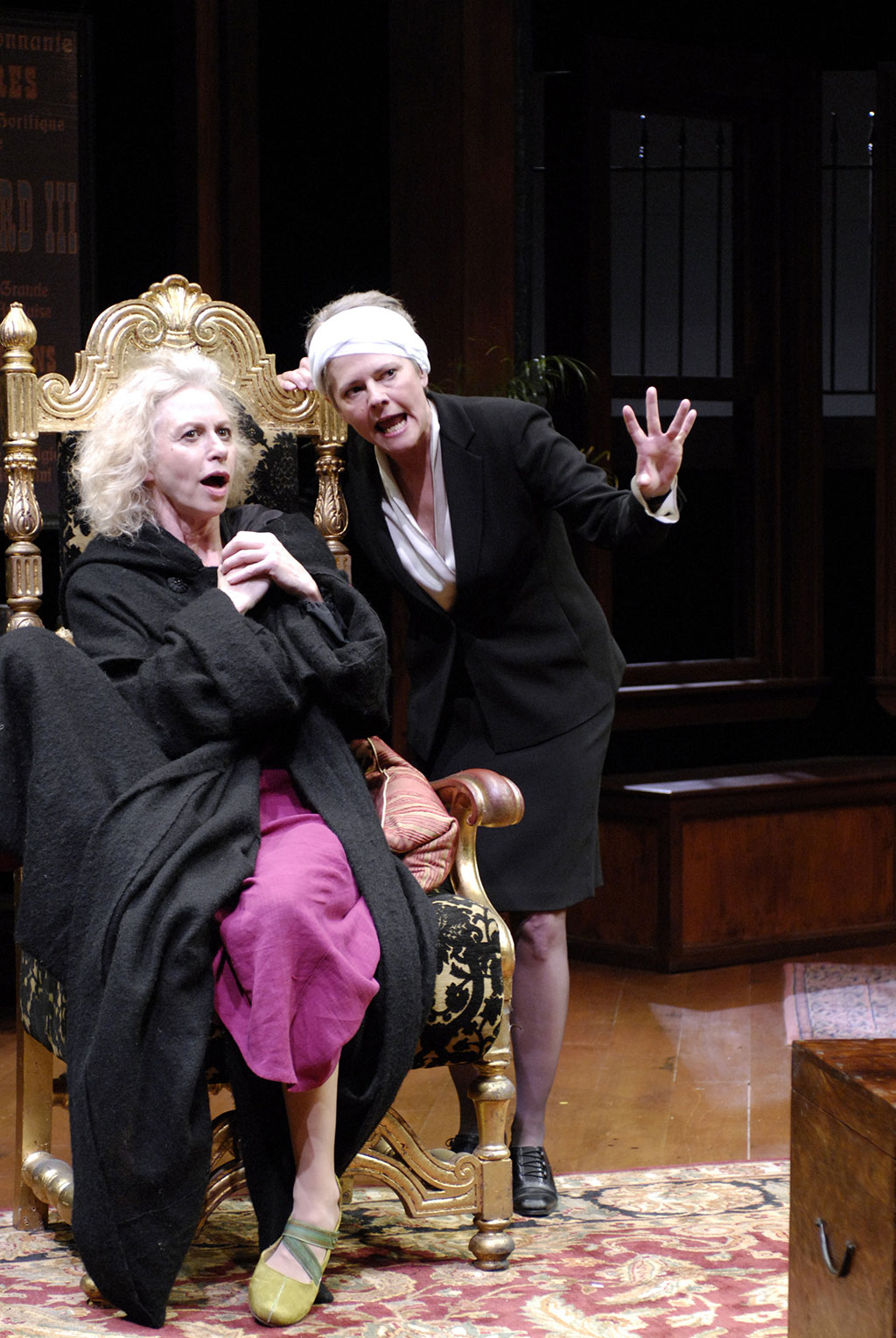