“…a quiet but decisive triumph. The opera kicked off the Court’s 49th season in a splendid co-production with American Repertory … visual and aural chamber music of Zen-like restraint, a delicate blurring of Asian and Western cultural sensibilities enhanced by the subtle poetry of Glass’ score, the first music he has composed using non-Western instruments.” -Chicago Tribune

“Glass and the Tony Award-winning Hwang have worked together before … They create a music theater of magic and enigma.” -Sun-Times

A music theatre piece inspired by Japanese ghost stories, The Sound of a Voice explores how intimacy is achieved between people who live in seclusion. Alone and emotionally guarded, the characters in this hauntingly elegant chamber piece are slowly drawn out of isolation by the sound of another person’s voice. “Anything you say, I will enjoy hearing,” confesses one character to a stranger. “It’s not even the words. It’s the sound of a voice, the way it moves through the air.” In the first act, an aging Japanese warrior arrives at the home of a mysterious woman who lives like a hermit deep in the woods. Has he come as her suitor, or her assassin? Does she intend to love him, or to imprison him forever, like the flowers she cultivates so assiduously? The battles of love become a deadly contest in this tale, blurring the distinctions between hero and coward, between victor and vanquished. In the second act, an elderly Japanese writer visits a mysterious brothel, which caters to men near the end of their lives by providing them with a means to relive their youth. The writer’s initial contempt for the house gives way first to acceptance, then to regular visits. Ultimately, he finds his dreams and fantasies exposed before the brothel’s elderly Madame, and embarks with her on an ethereal journey beyond sex and love. The Boston Globe called The Sound of a Voice “melodically engrossing. . . [The Sound of a Voice] haunts ones dreams.” 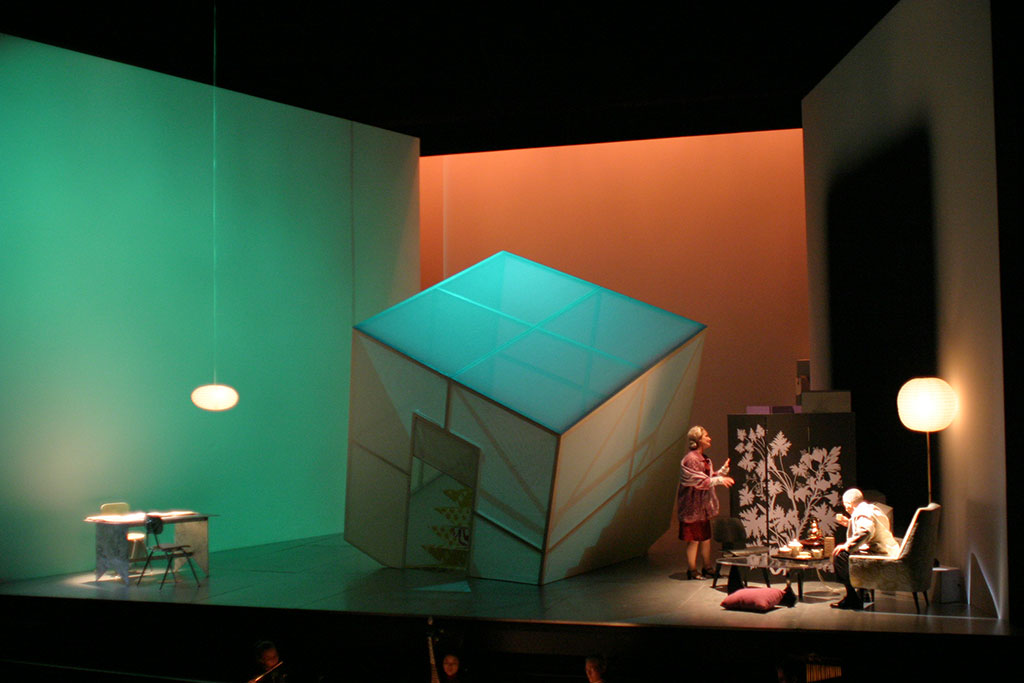