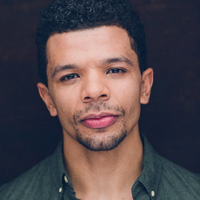 Xavier Edward King is excited to work again with Court Theatre. He was last seen in Court’s virtual production Here We Are. He made his Chicago debut in Goodman Theatre’s The Winters Tale. Other regional credits include Dracula at Actors Theatre of Louisville and The Star at ACT. Classically trained, a few of his Shakespeare credits are The Tempest, Love’s Labour’s Lost, and Pericles at Notre Dame Shakespeare Festival, Hamlet and A Midsummer Night’s Dream at Shakespeare Festival St. Louis. At the Jones Playhouse in Seattle, he also performed in Incident at Vichy, 12 Ophelias, and Angels in America pt. 2. TV credits include The New Edition Story.