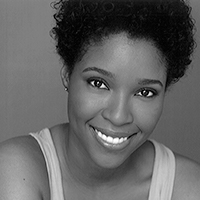 TOYA TURNER (Angel) made her Court Theatre debut in Blues for an Alabama Sky. Toya is a Jamaican-American from Houston, Texas. She’s a proud graduate of the British American Drama Academy at Oxford University. Stage credits include: Christina, The Girl King (Cor Theatre), and For Her As A Piano (Pegasus Theatre). TV credits include: Easy (Netflix), Chicago Med (NBC), and Empire (FOX). Up Next: Tracy in The Chi (Showtime) and Mayme in Intimate Apparel (TheatreSquared, Arkansas).