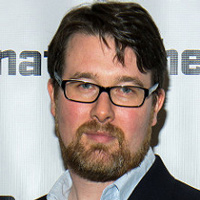 TODD KREIDLER is a playwright who is the author of Holler If Ya Hear Me, an original musical featuring the lyrics and music of Tupac Amaru Shakur. His stage adaptation of the film Guess Who’s Coming to Dinner ran at Arena Stage in Washington, DC and premiered at True Colors Theatre Company in Atlanta. He was dramaturg for Radio Golf and Gem of the Ocean on Broadway and worked with August Wilson for six years developing plays in regional theaters around the country. He directed and co-conceived Mr. Wilson’s one-man show How I Learned What I Learned and worked developing the screenplay adaptation of Fences. He was Associate Artistic Director of August Wilson’s 20th Century at the Kennedy Center where he directed Joe Turner’s Come And Gone. He co-founded the August Wilson Monologue Competition, a national program aimed at integrating August Wilson’s work into high school curriculum, of which the Huntington facilitates the Boston competition.