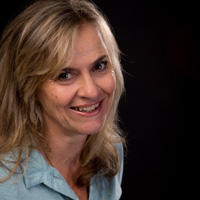 SYLIVA HERNANDEZ-DISTASI (Stilt Consultant) is co-founder and the current Artistic Director of The Actors Gymnasium where she also serves as master teacher, choreographer, and director of the Professional Circus Training Program. Sylvia is an Ensemble Member of the Tony Award-winning Lookingglass Theatre Company and has worked on over 15 productions with the company including: Baron in the Trees, Hard Times, Lookingglass Alice, Moby Dick, Mary Shelley’s Frankenstein, et al. Other Chicago credits include Writers Theatre, Steppenwolf Theatre, and Goodman Theatre, among others. She has received five Joseph Jefferson Awards for her work. Other awards include the 3Arts Award for Design (2014), the Award of Honor for Outstanding Contributions by the Illinois Theatre Association (2015), and the Los Angeles Drama Critics Circle Award for Distinguished Achievement (2017).