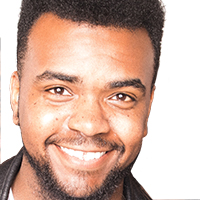 STEPHEN ALLEN appeared as Clarence Norris in Scottsboro Boys, as Benny in In The Heights, and as a featured performer in New Faces Sing Broadway 1985 at Porchlight Music Theatre. He has been performing in theatrical productions for the past five years. Favorite roles include “Seymour” in Little Shop of Horrors, “Donkey” in Shrek The Musical and “Arthur Patterson” in Bronzeville.