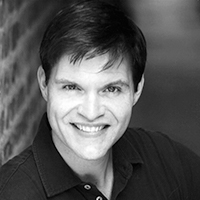 SEAN MICHAEL SULLIVAN Along with his wife, Sean is the co-director of The Sullivan Chicago Studio of Performing Arts (www.thescspa.com). He hails from Ohio, where he earned a BA in theatre from The Ohio State University and began working in Chicago in 2002. Sean has appeared on stage in Chicago as Johnny Cash in Million Dollar Quartet; as Harlan ‘Mountain’ McClintock in Requiem for a Heavyweight at Shattered Globe (Jeff nomination for Outstanding Actor in a Principle Role); as M’Ling in The Island of Dr. Moreau with Lifeline Theatre; and as Floyd in Fiorello! and Joe in The Children’s Hour with TimeLine Theatre. Sean’s television credits include episodes of Boss; The Beast; Crisis; Chicago Fire and Chicago PD; Empire; ABC’s In an Instant; and as a featured guest on The Rosie Show. Sean is a freelance scenic carpenter and stagehand in theatre and television. Sean was an ensemble member with BackStage Theatre Company, serving as an actor, master carpenter, scenic designer, and technical supervisor. Sean can be found playing his guitar and singing throughout Chicagoland as a founding member of the Blue-Irish-Folk-Grass band, One of the Girls (www.oneofthegirls.net). Sean takes the most pride in having met and married SCSPA partner and best friend, Megan Sullivan.