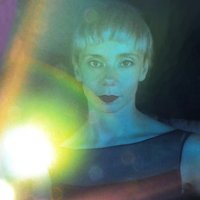 SARAH FORNACE is a Co-Artistic Director of Manual Cinema. She has worked as a director, performer, choreographer, narrative designer, and story artist on theatre, immersive theatre, and video. Outside of Manual Cinema, Sarah has worked with The Neo-Futurists, Redmoon Theatre, Lookingglass Theatre Company, Court Theatre, and Blair Thomas and Co. Most recently, Sarah wrote the story mode and character backstories for the video game Rivals of Aether. In 2017, she directed and edited the first episode of the web series The Doula is IN. In 2016, she directed and devised an “animotion” (live motion capture) production of Shakespeare’s Hamlet with Rokoko Studios for Hamletscenen at Kronborg Castle in Elsinore, Denmark.