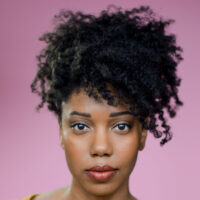 McKenzie Shinn is an actor, filmmaker, poet, and educator whose feature film Olympia (writer, actor, producer) premiered at the LA Film Festival and won the audience award at the Bentonville Film Festival. On stage, she has worked with Goodman, Steppenwolf, Victory Gardens, The Second City, Woolly Mammoth, and others. She has also appeared in film and on television, including projects with Emmy-nominated director Sam Bailey, Fox’s Empire, CBS’ The Red Line, and NBC’s Chicago Med. She is a current SEE IT, BE IT Fellow with the Bentonville Film Festival and one-third of the acclaimed Growing Concerns Poetry Collective.