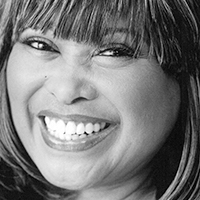 FELICIA P. FIELDS was last seen on the Court stage headlining her own concert and in Seven Guitars. She is best known for her portrayal of Sofia in the Broadway and first touring company of the musical The Color Purple, for which she received a Tony nomination, Clarence Derwitt Award, and several other awards. She has performed in many shows at the Marriott, Goodman, Milwaukee Rep, Drury Lane, Broadway in Chicago, Northlight, Theatre at the Center, and more as well as many productions throughout the United States and Canada, commercials, voice-overs, and films. Felicia has received several Jeff nominations, garnering one for Sophisticated Ladies. TV: Chicago Fire, Sense 8, and Who gets the dog? When not doing theatre, she does the Blues having performed at the Chicago Blues Fest in 2014 and 2015. It gives her great joy to work with The Smiley Tillmon Band and Blues Shakin’ in the Fields with Shake Anderson.