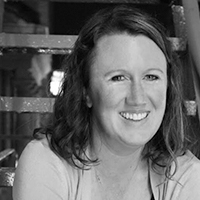 DEVON DE MAYO worked with Court Theatre for the first time directing Harvey. Credits include: Sycamore (Raven Theatre), You on the Moors Now (The Hypocrites), Animals Out of Paper (Shattered Globe Theatre), You Can’t Take it With You, and Lost in Yonkers (Northlight Theatre).  In 2015, Devon worked as the Resident Director under Stephen Daldry on the  Broadway production of The Audience. Other Directing credits: Jet Black Chevrolet (side project); Compulsion and Everything is Illuminated (Next); Roadkill Confidential, The Further Adventures of Hedda Gabler, and Clouds (Dog & Pony). Directing and devising credits: Guerra: A Clown Play (La Piara); The Whole World is Watching, As Told by the Vivian Girls (Dog & Pony); and The Twins Would Like to Say (Dog & Pony, Steppenwolf Garage Rep). She received her MFA from Middlesex University in London and did further studies at the Russian Academy of Dramatic Arts in Moscow and the Indonesian Institute for the Arts in Bali, Indonesia.