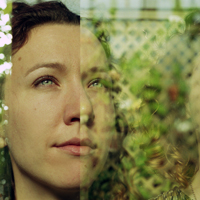 DEIDRE HUCKABAY is a Chicago-based performer, writer, photographer, and event producer, and a flutist for Manual Cinema since 2014. She is co-owner of the experimental cassette tape label Parlour Tapes+ and an Artistic Director of the Chicago-based performance collective Mocrep. She is co-curator of the WE Series at Elastic Arts and a founder of Spiderf*rt Press. Deidre is a 2017 3Arts Make a Wave Grantee and a High Concept Labs Sponsored Artist. In 2017, she received a full year studio and rehearsal residency from the Eighth Blackbird Chicago Artists Workshop. As a flutist, Deidre has extensively toured the U.S., Europe, and Latin America, and has recorded for Urtext and Bridge Records. She studied at the Eastman School of Music and Duquesne University.