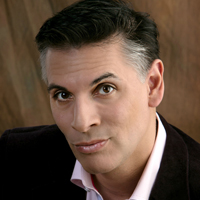 is the Artistic Director, resident playwright and co-founder of Hell in a Handbag Productions. Favorite roles with Handbag include Dorothy in The Golden Girls: Lost Episodes series, Suzanne Pleshette/Annie (The Birds), and Joan Crawford (Christmas Dearest). Cerda has worked as an actor with A Red Orchid Theatre (Accidentally Like a Martyr), A New Colony (Psychonaut Librarians) and The Facility (The Ruse of Medusa). He received a special Jeff Award in 2017 for his work with Hell in a Handbag, founded in 2002. Thank you, Christopher, Sean and the lovely cast and crew at Court.