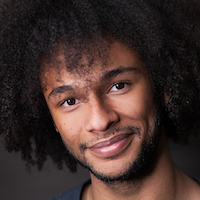 DANIEL ETTI-WILLIAMS is an up-and-coming Sound Designer and Engineer local to Chicago. After studying Acting at Oklahoma City University, they moved to Chicago to participate in Steppenwolf’s Apprenticeship Program. Since then, they have had the opportunity to work all over Chicago making theatre and telling stories and expressing their passion through design. They’re no stranger to Court Theatre, and they’re excited for their Court debut as a Co-Sound Designer. Chicago design credits include Run The Beast Down, Hershel and the Hanukkah Goblins, and On The Greenbelt  (Strawdog Theatre Company); The Beatrix Potter Holiday Tea Party (Chicago Children’s Theatre); Haus of Atreus (Mudlark Theater); Peerless (Northwestern University); At The Vanishing Point (The Gift Theatre); Paris and Light Falls (Steep Theatre).