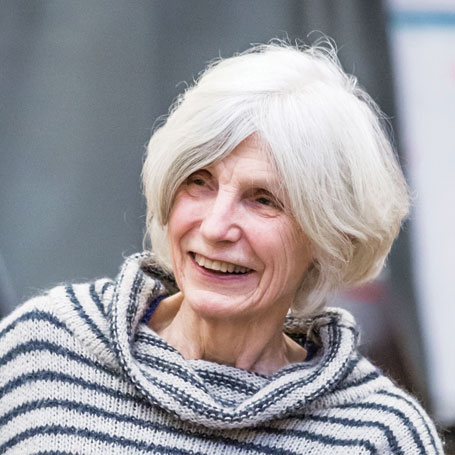 was born in London and grew up in the Lake District and in Montreal. She was educated at Lady Margaret Hall, Oxford. Downstairs, her first play written while she was still at university, was first staged in 1958 and won an award at the Sunday Times National Union of Students Drama Festival. Caryl Churchill’s plays include: Owners, Traps, Light Shining in Buckinghamshire, Cloud 9, Top Girls, Fen, Serious Money, Ice Cream, Mad Forest, The Skriker, Blue Heart, This is a Chair, Far Away, A Number, Drunk Enough To Say I Love You?, Seven Jewish Children, Love & Information, Here We Go, and Escaped Alone. Music theatre includes Lives of the Great Poisoners and Hotel, both with Orlando Gough. Caryl has also written for radio and television.