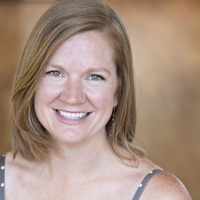 Becca joined Court Theatre in November of 2017 and has been grateful for the opportunity to work on every single Court Theatre produced piece. Becca came to Court with an already robust Casting Career in Chicago and is recognized as a casting director with deep roots in theatre as well as television and film. She spent a decade at Claire Simon Casting where, in addition to casting many tv, film and commercial projects, she worked to build a theatre department to increase access to regional theatre, and Broadway tours for the local actors and never stopped casting for local theatres of all sizes. She quickly became the Director of Casting for Theatre while also maintaining her work in television/film. Some of her favorite projects include: Million Dollar Quartet (Apollo & Tour), 1776 (Asolo), Rock “n Roll Christmas Tale and Working (Broadway In Chicago), Sound of Music, Showboat, Carousel, West Side Story (Lyric Opera), National Tours of Sister Act and How to Train Your Dragon, Divergent, Contagion, The Watchmen, Justice League, Empire, Chicago Fire, Chicago PD, Prison Break, and is excited for the upcoming HBO Series, Somebody Somewhere. Becca is an Artios Award winner and a proud member of the Casting Society of America.