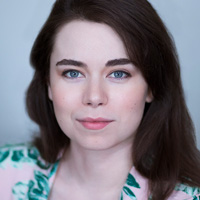 Favorite Chicago credits include Rebecca Gilman’s Twilight Bowl (Goodman Theatre); Hang Man (The Gift Theatre); The Hamlet Project (The Collective); and Horatio (A Beautiful Fight). Regional credits include The Comedy of Errors (JFK Center for the Performing Arts). Television/Film credits include Chicago Fire; Ripple Effects; Two in the Bush: A Love Story; and the award-winning shorts “SPACEMAN.,” “Trash,” and “My Best Girl,” which she also co-wrote. She voices the main character (and others) in the video game Perception and has been heard on numerous commercials.