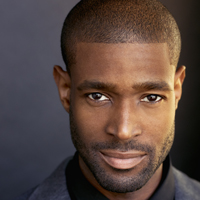 Acquah Kwame Dansoh is a proud graduate from The Johnny Carson School of Theatre & Film at The University of Nebraska-Lincoln where he received his M.F.A in acting. After college he headed west and has been performing and working in comedy since arriving to Los Angeles, from Second City Hollywood to Upright Citizens Brigade LA. Gratias ago tibi, quia veniens gratiam et aeternum.