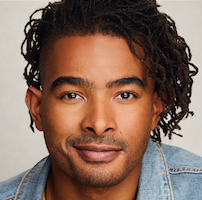 ERIC GERARD is a native Chicagoan who is a regionally award-nominated actor, educator, and artist who was last seen on stage in Stick Fly (Writers Theatre), P.Y.G. or The Mis-Edumacation of Dorian Bell (Jackalope Theatre), The Shipment (Red Tape Theatre), To Catch a Fish (TimeLine Theatre), Octagon (Jackalope Theatre), and many other wonderful productions. Eric is the Co-Owner and Artistic Director of Black Box Acting, where he is also an instructor. He is represented by DDO Artists Agency. He is very excited to get to work under Ron’s direction again and to be making his debut at Court Theatre.