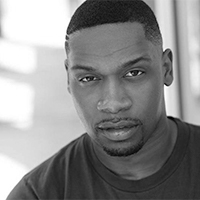 AL’JALEEL MCGHEE made his Court Theatre debut in Blues for an Alabama Sky. He studies at University of Illinois at Chicago and under renowned drama educators Richard Poole and Kathryn Gately. He has worked with the Black Ensemble Theatre, Artemesia Theatre, the American Vicarious and will be performing at TimeLine Theatre in their upcoming production of Paradise Blue. His television credits include Chicago PD and APB, which premiers on FOX this Spring. He is proudly represented by Gray Talent Group. Follow him at @ThatsJustAJ for updates.